In addition to the well-known features such as modulation of up to 64 QAM channels, multiplexing of SPTS and MPTS to new QAM channels and various redundancy mechanisms, the U 159-S now also offers the possibility of encrypting the generated transport streams. This feature is used by network operators who feed their input data streams separately and these streams are coded with different encryption systems.

Since it is unreasonable to expect the end user to operate many different encryption systems for the TV programme, but the rights holders insist on encryption of the content, the content must first be decrypted separately in the head-end station and then centrally encrypted in the QAM modulator before being played out to the end user. The U 159-S offers the possibility of so-called simulcrypt, i.e. the simultaneous encryption of content with different encryption systems.

Our knowledge for your success - always up to date with the ASTRO Newsletter!

The ASTRO Competence-Center discusses and organizes your next training together with you. We attach great importance to a personal touch and strong practical relevance. 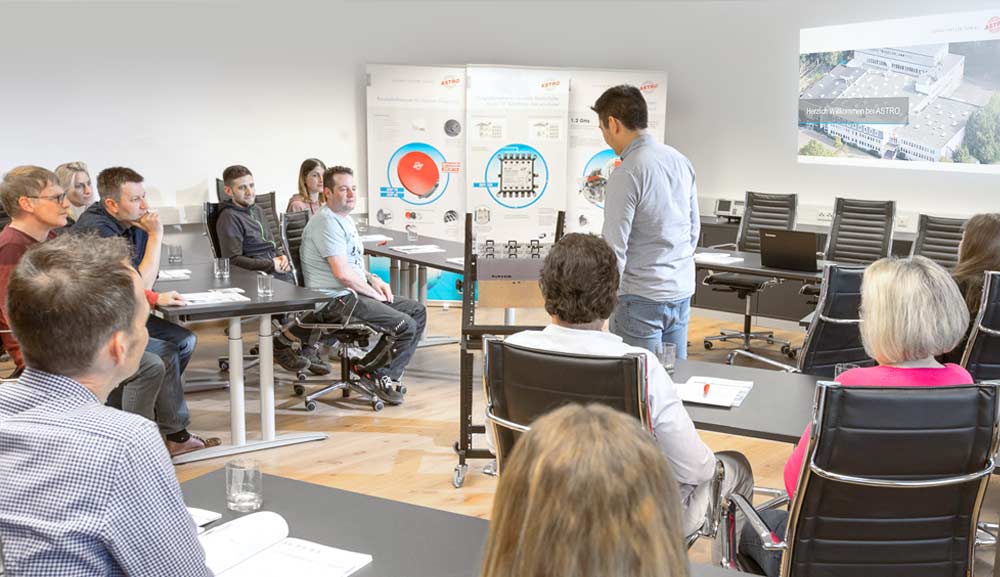 You need system consulting, planning or training? Please contact us.

Six short questions, one minute of your time

We want to continue to improve and inspire you in the future. Please give us just one minute of your time for six short questions. Thank you very much!